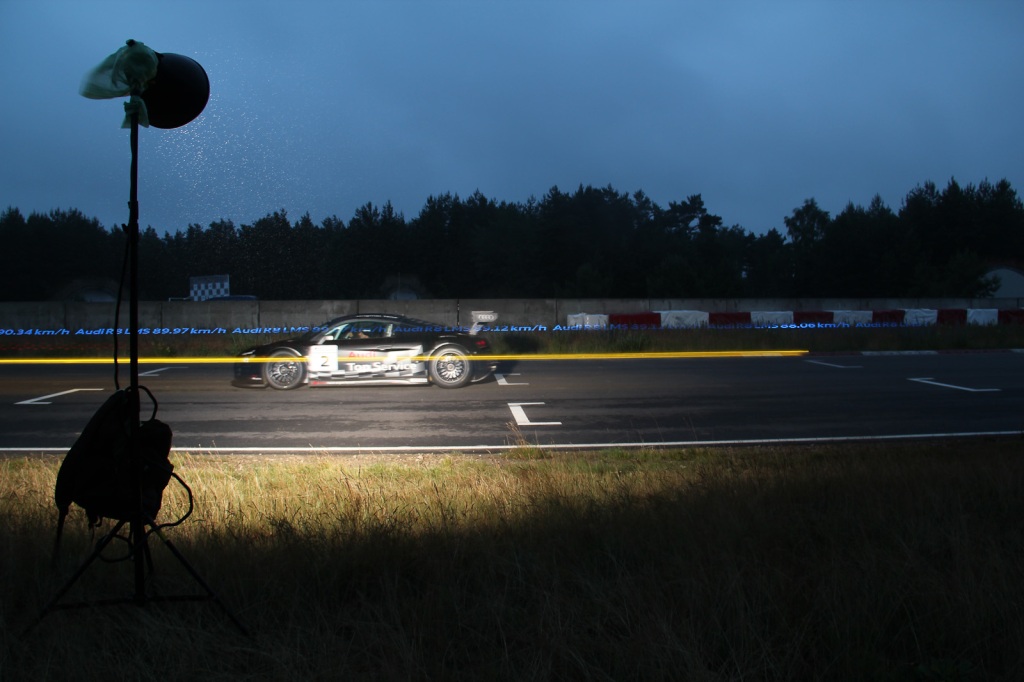 Almost a year ago Martin came to me and asked me, if would like to join him on a cool project. His idea was to put a LED POV into a real race car. Of course I wanted!

Every race event attracts a lot of fans. Martin’s idea was to integrate the fans into the race. The race cars should carry fan messages around the track and print them into the night.
The technique used for that is called POV (Persistence of vision). It is somehow related to Light Painting. For that you take a long exposure picture and move the LEDs through it. If the LEDs are switched on and off in the right pattern, it prints a readable message on the picture. 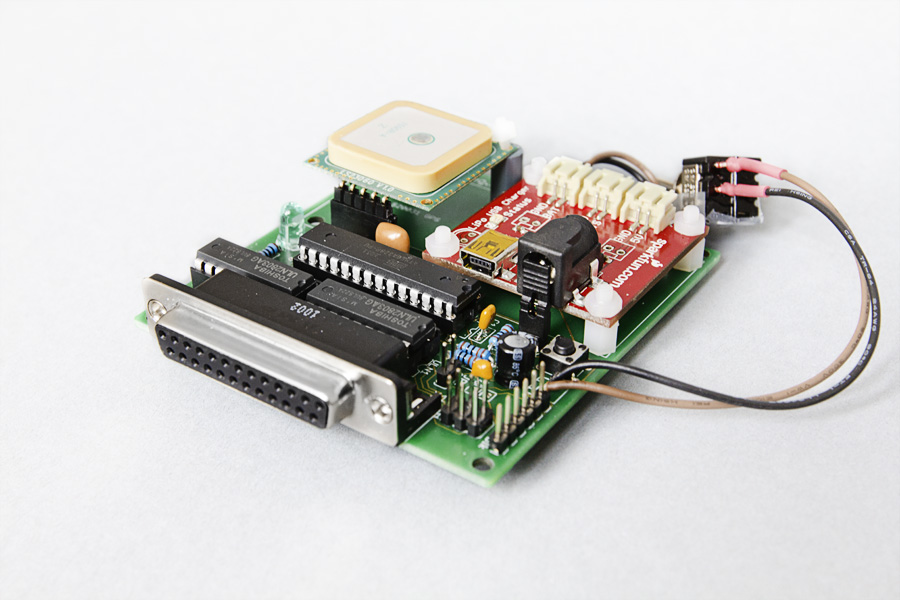 We did some prototyping and testing and this is the final version. The module consists of an Arduino compatible microcontroller, LED driver chips and a GPS module. The GPS is used to track the speed of the car. The speed is needed to regulate the speed of switching the LEDs on and off. Otherwise the messages would get stretched or compressed. 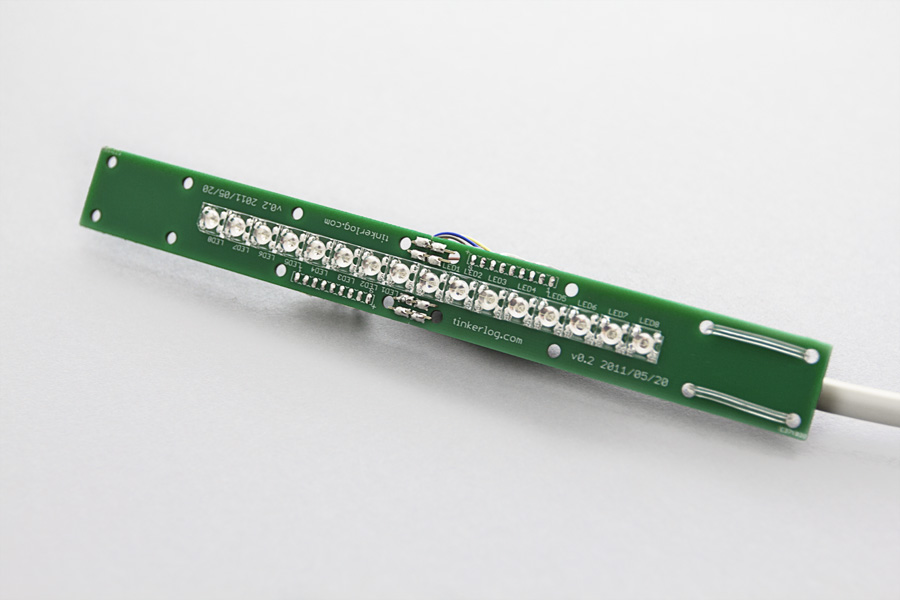 The software was pretty much straight forward as seen in other POV projects. New in this version is the use of the GPS. To have the messages in a pretty font, I developed a small Python script, that converts a bitmap with all characters into a header file, usable with a microcontroller.

At the 24h of Nürburgring

It took some time and efforts until we finally showed up at the 24h endurance race at the famous Green Hell, Nürburgring. We were invited to install our modules into two Audi R8 LMS race cars of the Audi Race Experience team! Wohoo!

Very impressing to look behind the scenes at such an event. We programmed a couple fan messages in every module and installed the module in its car.

We then switched on the modules and the cars went on the track. We crossed our fingers. 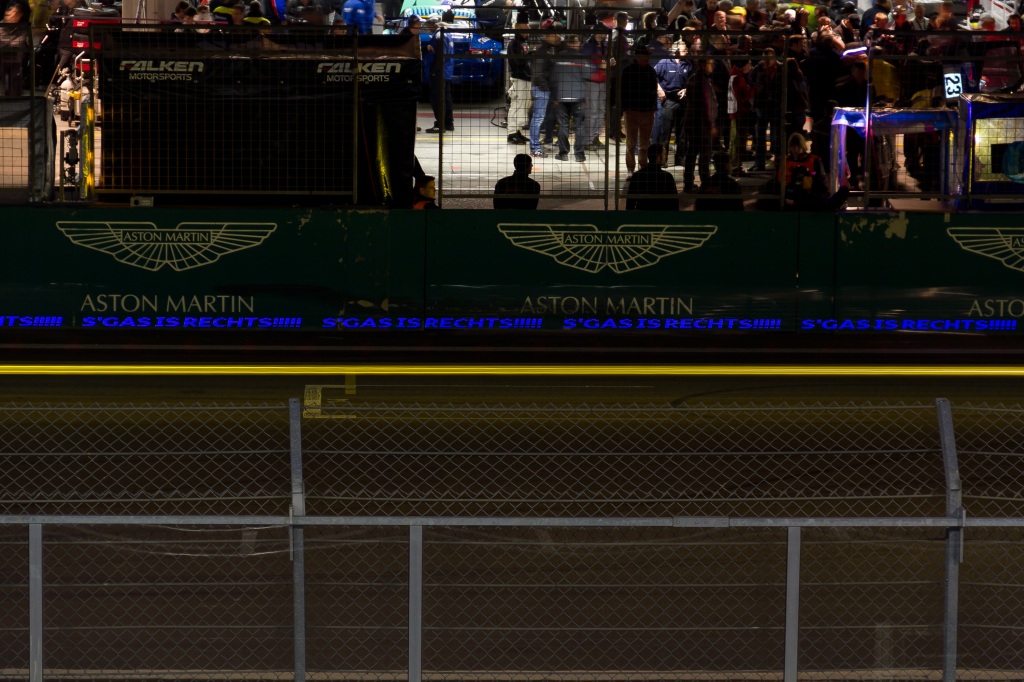 And … it really worked! We got some very nice shots around the track.

To sum up, this was the most intriguing and challenging project I was part of until now. It was so big fun and I learned a lot.

Thanks so much, Martin, for letting me join this great project! Thanks also to kempertrautman and Audi Race Experience Team for making this possible.

Be sure to check out the howto and the hi-res Flickr set for more POV galore.